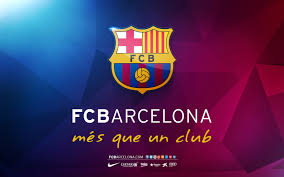 North London’s Spurs are on their way to Wembley for their first Champions League game “at home” and it won’t be an easy one! Tottenham  lost the away game against  Internazionale Milano and they have not any other choice but win a very difficult game against one of Europe’s best: FC Barcelona !

Futbol Club Barcelona also known as Barça, is a world-known professional club, based in Barcelona, Catalonia, Spain. Founded in 1899 by a group of Swiss, English and Catalan footballers after Hans Gamper‘s advertisement in Los Deportes in October and a first meeting at the Gimnasio Solé a month later; in 1902 Barça had a successful start in regional and national cups ( Copa del Rey).

Soon after, the club started struggling not only on the pitch but also financially and socially, thus obliging Barcelona’s founder Hans(now Joan) Gamper to take the reins on his own hands for ” Barcelona cannot die and must not die, (he said.) If there is nobody, then I’ll assume the responsibility of running the club from now on.” Club president on five separate occasions between 1908 and 1925 he ensured a stadium and healthy finances for the club’s survival. 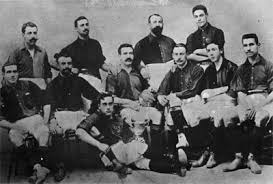 With the new stadium, Barcelona participated in the first version of the Pyrennées Cup, which consisted of the best teams of Languedoc, Midi and Aquitaine(South France) the Basque country and Catalonia. This was one of the most prestigious contest , one that Barça won four consecutive times.

During the same period, the club changed its official language from Castillan to Catalan, thus becoming an important symbol of Catalan identity, culture and Catalinism(hence the motto “Més que un club“=More than a club).

On 14 June 1925, in a spontaneous reaction against Primo de Riviera‘s dictatorship, the crowd in the stadium booed the Royal march. As a reprisal, the stadium was closed for six months and Gamper forced to resign. In 1928 Barça won the Spanish Cup and a year later, won the Inaugural Spanish League.

A month after the beginning of the Spanish civil war in 1936, several players enlisted in the ranks of those who fought against the military uprising but when the Falangist soldiers murdered the club’s president Josep Sunyol, FC Barcelona entered into the legend of the Catalan war of independence.

The worse was still to come…on March 1938, Barcelona’s aerial bombardment from the Italian Air Force, caused more than 3.000 deaths; a few months later Catalonia was occupied and the club tagged as the symbol of “undisciplined” Catalanism. All signs of regional nationalism were banned: the Catalan flag and language were forbidden like  non-Spanish names. These measures forced the club to change its name to Club de Futbol Barcelona and remove the Catalan flag from its crest.

The military occupation was another factor of the identification of Real Madrid as the dictatorship favorite and Barcelona as its victim, especially after the semi-finals of Copa del Generalisimo (now Copa del Rey) when after the first leg won by Barça 3-0, Real Madrid won the second leg on an improbable 11-0. Despite those difficult times, the Catalans enjoyed several wins in the 1940’s and 1950’s. (national double in 1960, 1953 )

The sixties and early seventies were hard times for the Catalans; Real Madrid were monopolizing La Liga,  but Barcelona had the satisfaction of wining La Copa del Generalisimo beating Real 1-0 at the Santiago Bernabeu, in front of the general itself, Francisco Franco(1968). 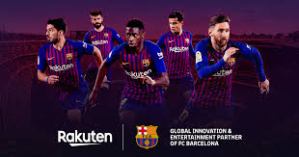 The 1973-74 season saw the arrival of Johan Cruyff from Ajax and the newcomer quickly won the fans’ heart, first by giving a catalan name to his son (Jordi) and winning the Ballon d’Or. Since then, the list of the players who signed for the club is quite impressive : Diego Maradona, Ronald Koeman, Brazil’s Ronaldo, Ronaldinho, Samuel Eto’o, Carles Puyol, Andrès Iniesta, Xavi and last but not least, Leo Messi!

In nowadays,  under Pep Guardiola‘s management Barcelona couldn’t stop winning…they won everything and became the most awarded club in the world. Things changed though after 2014; it’s now president’s Bartomeu era and the club while still one of the best European teams is not as feared as some years before. Still they are able to beat any club, in Europe or elsewhere, (don’t forget that they won the Spanish Championship 2017-18 setting the longest unbeaten streak (43 games) in La Liga history.)

Barcelona’s stadium Camp Nou (New Camp) is as iconic as the club; the Catalans first home was the Camp of Industria(6.000 seats) but when in 1922 the club’s fans surpassed the 20.000, Barça build a larger one, Camp de les   Corts;  still with the club’s success it became too small despite several extensions. The building of Camp Nou commenced on 28 March 1954 and was initially built for 60.000 supporters but after the 1992 Summer Olympics two tiers of seating were installed above the previous roofline; now it has a current capacity of 99.354 making it the largest football stadium, in Europe.

Barcelona’s supporters nickname is the “Culos” a name derived from the catalan”cul”=arse as the spectators at the first stadium, Camp de la Industria, sat with their “culs” over the stand;  also, unlike many other clubs it’s the supporters who own and run the club’s affairs.

The club’s original crest, was a quartered diamond-shaped crest topped by the crown of Aragon and the bat of King James ; the crest consists of the St Georges Cross in the upper left corner with the catalan flag beside it.