José Mourinho’s “happy one” face, is now in every newspaper on both sides of the Channel; French and English pundits are  trying to answer the one million Euros/£/$ question: will the Blues  gaffer be shown the door by Chelsea’s billionaire owner, despite the 50M £ of  compensation due to last season’s  new generous contract signed after the Premier League’s win  euphoria? 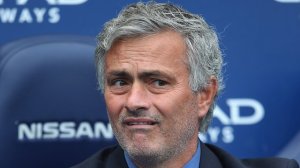 French journos  opinions are divided ; it’s  a common knowledge that PSG’s current coach Laurent Blanc, got the job  because the club’s first choice candidates had  declined the Parisian offer. Furthermore the Qatari owner has already  decided to sack Blanc if the Frenchman doesn’t lead the team at least untill Champions League semi-final. Will that be sufficient for the former Bordeaux  and France’s Bleus manager to keep his place? Not so sure; PSG’s owners didn’t hesitate to sack Antoine Kombouaré, even if the team was on top of the Ligue 1 Table; signing Ancelotti, was a plus for the club’s worldwide recognition .

Mourinho’s signing, would be a plus for the club’s advertising plan, but what about the players? Mourinho’s tactics are efficient, at least the first two years; the Portuguese coach would be interested by this job,  not only for the money, but also by the opportunity to win a fifth different  League in Europe; nobody has achieved that feat, untill…?  Nevertheless, the cost for the Parisian club, could be high and we’re not talking about money !

Sacking managers is quite common in Continental Europe; if a club  has problems in winning games, it’s easier to sack the coach than half of the team !(Very clever too; giving the supporters new hope and something to talk about ). It seems now that this good/bad habit came to England and  it became a common curse not only in EPL , but in Championship too.

According to the latest research published by the League Managers Association, the average tenure of a manager in England’s top-four tiers is 1.64 years.This figure rises to 2.36 years for the top flight.(Hello, Sir Alex and Arséne Wenger!) 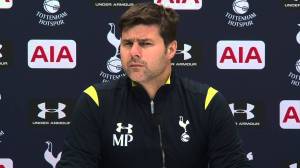 In 2014-15 a record of 47 managers in the top Four Divisions in England,  were dismissed (including five in the Premier League and 20 in Championship). Tottenham’s Head Coach Mauricio Pochettino, declared that English football has lost its reputation for giving  adaption time to coaches and the new clubs owners want immediate results, like winning the League!”Football is difficult to do miracles, he said and  we need to adapt our jobs to a new era.It won’t be easy, but we need to try.”