Back in December 2013, I wrote a piece prophesying the death of the true no. 9.

In the words of Bob Dylan, ‘times a-changing’. It wasn’t really a prophecy in that it had already begun but since I wrote that piece Gonzalo Higuaín, Dani Osvaldo, Mario Gomez and Radamel Falcao have fallen off the European scene. At that time, most would have considered them prolific strikers that wouldn’t be out of their depth at any club. Sure enough, they all secured big money transfers and sure enough all of them have faded into obscurity since then.

If you took these four and placed them in the 1980’s, they’d all be prolific strikers but they play a poaching, peripheral part over the 90 minutes. They’re quite simply unsuited to today’s environment.

Change from the top

I’m a great believer in plagiarism – taking successful precedents and making them better. In today’s environment, the no. 9 is often the most creative player on the entire team, far from being just a poacher. certainly, if it’s not the no. 9, it’d be the withdrawn forward à la Sergio Aguero at Manchester City. The same logic is applicable to Barcelona, Bayern Munich, PSG, Manchester United, Roma and on the international scene Germany, Argentina, Colombia and Holland.

I mentioned Roma there. They have come back as the Europe’s hipster with their urbane manager, their steeped history, their intense rivalry, their seksi kits, their loyal and talismanic working class, one-club hero. They deserve the title thanks to a man called Zdenek Zeman who moulded Francesco Totti into Europe’s first false 9*

I’m also a great believer in using the Simpson’s  quotes to draw footballing wisdom from. In this case, Jasper was right. A storm’s brewin’. A HurriKane’s a-comin’. Harry Kane can be Tottenham’s Francesco Totti. Or, indeed, Tottenham’s Teddy Sheringham. Lets say Tottingham for continuity purposes. He probably won’t be as good but quality doesn’t matter if the system is effective and efficiently implemented.

Current no. 9, Emmanuel Adebayor, is caught in a flux. What is he exactly? What does he do? He doesn’t hold up play particularly well. He doesn’t duck and weave his way through defenders. He doesn’t create anything for his teammates. He rarely scores a headed goal. He doesn’t press particularly well. He waits on the periphery for a chance to come his way, and, to be fair to Adebayor, he usually dispatches those chances with aplomb. That’d be great if, in the pre-match settings, we could change the match-date to mid 1980’s. Expect Time Machine to make a surprise début partnering Ade on Sunday.

The reasons behind the demise of Adebayor and consequent rise of Harry Kane and the demise of true 9’s and false 9’s are one of the same. Adebayor has tried to vary his game this season but he hasn’t play like a false 9 his whole career. He’s just not very good at it.

Adebayor is just a striker born in the wrong age.

Harry Kane is a striker born in the right age. He’s great.  I’ve never seen Harry Kane without space and time on the ball. I’ve never seen him make a head banging stupid decision, or, even, a bad decision. He takes at least 50% of the chances you’d expect him to take. Best of all, HE KNOWS WHAT A PASS IS. The dude can pass as good as Lamela or Eriksen.

Bayern Munich marginalised goals galore Mario Gomez for Mario Mandzukic at the start of 12/13 and went on to win a treble, even though Mario Mandzukic, a hard-working, creative, channel running, ball retaining type, went to *only* score 18 goals in 12/13. 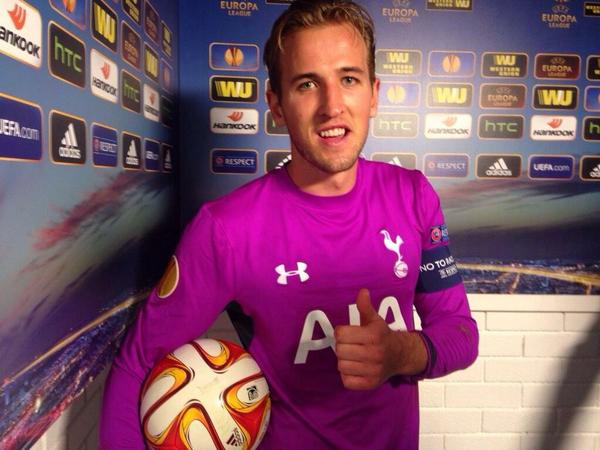 The Way to a Woman’s Heart

Like Loading...
‹ Can Europa League be entertaining if not passionate?
Capital One Cup: Tottenham vs Brighton , Preview ›