Home › news › Zlatan’s Magnificent Seven ; which one is the best ?

Zlatan’s Magnificent Seven ; which one is the best ?

PSG’s  Swedish star, won’t be on the pitch( still injured) and will miss the Champions League clash, against his former teammates of Barcelona. Before this game the Parisian player gave a list of his seven favorite all time players: 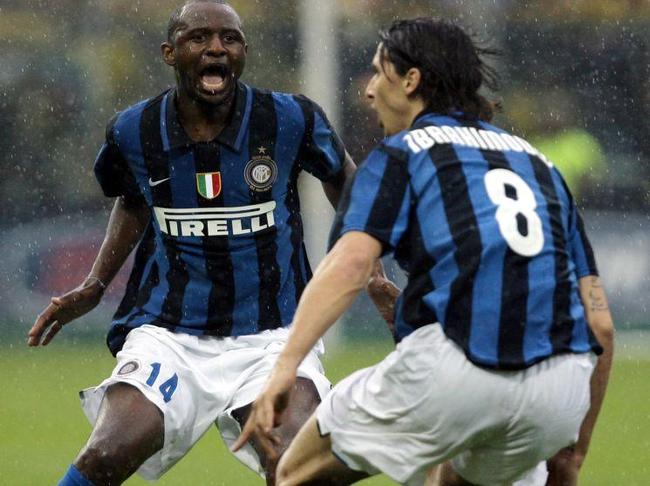 “The best teammate of my career is Patrice Viera. When he arrived in Juventus, he showed great qualities and strong mentality. On the training ground, he wanted to destroy the whole world, but in a positive way, not negative.The way you train, is the way you play. I watched and I learned a lot from him,” he said.

“He’s one of the best players in the world, admitted the Swedish international. If he wants to leave Manchester United, then he must come and play with us in Paris.”

Zlatan used to  tease often the Catalan player, mostly while training. Nevertheless he still speaks fondly about him and regard him as one of the best midfielders of the world.

“In 2012, I voted for Iniesta, for the Golden Ball, confided PSG’s Captain. He was the Euro Cup winner and, he was excellent with his club, Barcelona. He’s one of the best.”

While both players struggled to co-exist in the same team, Zlatan still thinks that Messi, is one of the greatest players in the world. Asked about the potential arrival of Messi to Paris st Germain, Ibra replied:” The logo of PSG is DREAM BIGGER but if you sign Messi, you’re not dreaming bigger, you’re bigger.”

“I played against many good players, declared Ibra, but Ronaldo, El Fenomeno, is my choice without any doubt. He was my idol and in my opinion, there will be never a better player than him”.

Diego Maradona is Ibrahimovic’s football player of All Time. “Maradona, Always! He’s the biggest and probably will always be ! ”

And you? Which one is your favorite?